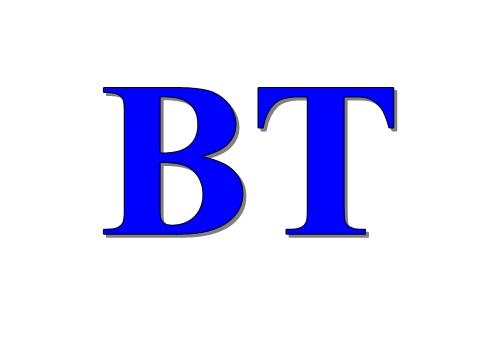 The temptation is to label this a boxer vs. puncher contest, but that’s not really the case. Andre Ward is a very physical fighter who relies on pushing, pulling, and grappling on the inside to nullify his opposition and set up the outside game. Kovalev, on the other hand, is a better boxer than advertised. He has a good sense of space and an efficient jab to go along with a relaxed style, which is uncharacteristic of a fighter with legitimate one-punch KO power.

The deciding factor for me is the fact that Ward is more flexible, both in style and mindset. Kovalev is great at what he does, but he won’t have a Plan B if Ward nullifies his Plan A. Ward can win inside and he can win outside—he may have to be nearly perfect in his execution, but Kovalev’s path to victory will probably involve him demonstrating skills and style-tweaks beyond what he’s ever shown before. Kovalev’s relaxed confidence could very well work against him as he continues to pursue his proven path to victory against an opponent who simply won’t play along.

I think Ward wins a decisive unanimous decision that will be more one-sided than most anticipated. But Kovalev’s power and confident determination will make him dangerous right up until the very end.

I've underestimated Andre Ward in the past, and I won't make that mistake again. As one of the most well-rounded and highly skilled fighters in the game, he's head and shoulders above Kovalev. Despite being at a substantial disadvantage where power is concerned, I can see Ward winning this one convincingly. Kovalev will land his best shots in the first three or four rounds, but Andre will find his rhythm by the fifth and control the latter two thirds of the bout. Ward by split decision, two judges scoring the fight in the area of 117-113, while one judge with a "unique" angle of view scores for Kovalev.

While the tail end of 2016 is a long way away from the Super Six tournament of 2009-2011, many contend that Andre Ward still possesses the preverbal tool belt needed to dismantle the cold, Soviet-era monster known as Sergey Kovalev. The only problem I have with that assessment is that the last four cupcakes (and walk-over of a drained "Not so Bad" Chad Dawson) America's last boxing Olympic gold medalist has scarfed down will not have him ready for a fighter like Kovalev. Whereas The Krusher has had 12 fights in that same four year time span. The lack of quality opposition coupled with having to fight outside of his comfort zone (Oakland, California) compels me to pick the Russian via late round stoppage. Sergey Kovalev TKO 7

Andre Ward will not only pick up the biggest win of his career along with the Light Heavyweight title after a stunningly one-sided decision win over Sergey Kovalev, but may do so in a performance that will re-establish his status as boxing’s pound for pound best fighter.

Andre Ward by decision. Ward has the focus and discipline, as well as the skill set and ring intelligence to beat Sergey Kovalev, but the fight will see the distance.

Kovalev hasn't faced a fighter of Ward's caliber, who is able to easily adjust to the size and strengths of his opponents. He is well aware Kovalev will plan to muscle him into a vulnerable position. Ward will be efficient and precise in his counter punching and avoid receiving a lot of damage by slipping punches and moving away from Kovalev's traps. The end result will be Kovalev appearing ungainly, and resorting to tying Ward up when he can't land hard, clean shots, and making the fight ugly in spots. Kovalev could have some success if he is able to catch Ward off guard, but that's unlikely.

I like Ward by decision. Ward (30-0) hasn’t lost since he was 12 years old. He possesses superb technical skills and the ability to tie up and frustrate his opponents and then hammer them with elbows and even butts while in the clinch. He is borderline dirty—some might call it roughhousing-- and that adds another dimension to his already lethal arsenal. Finally, his methodical victories in the Super Six gave him all the credentials he needs to be a future Hall of Famer.